“One morning I shot an elephant in my pajamas…How he got into my pajamas I’ll never know.”

I thought I would start a series that highlights some of the difficulties involved in linguistics and translation. I haven’t yet taken any translation courses, so my purpose in these posts is not to speak authoritatively or to offer up solutions to each of these issues. Instead, my goal is to talk about some things I’m learning about languages and highlight those things that others might find interesting. If nothing else, maybe these posts will help if you’re having trouble falling asleep at night! A bonus for me is that writing these forces me to understand the topics better so that I can (hopefully) summarize them clearly and succinctly.

As you read the Groucho Marx quote at the beginning of the post, you probably chuckled, rolled your eyes, or went back to read it again to see what you missed.  No matter what reaction you had, you probably also recognized that there was something about the first sentence that wasn’t exactly clear.  This is the result of ambiguity, which is a topic anyone dealing with languages, and especially translation, will have to deal with.

For an example of lexical ambiguity, consider these two translations of Hebrews 9:15-17, a passage that talks about Christ’s work as the mediator of a new covenant:

15 For this reason He is the mediator of a new covenant, so that, since a death has taken place for the redemption of the transgressions that were committed under the first covenant, those who have been called may receive the promise of the eternal inheritance. 16 For where a covenant is, there must of necessity be the death of the one who made it. 17 For a covenant is valid only when men are dead, for it is never in force while the one who made it lives.

15 Therefore he is the mediator of a new covenant, so that those who are called may receive the promised eternal inheritance, since a death has occurred that redeems them from the transgressions committed under the first covenant. 16 For where a will is involved, the death of the one who made it must be established. 17 For a will takes effect only at death, since it is not in force as long as the one who made it is alive.

Putting the stylistic differences aside, why do two English translations, both of which are on the more “literal” end of the translation spectrum, differ in the highlighted words?  Isn’t translation just looking at the definition of a Greek word and finding an equivalent in the target language?  If only it were that easy!  The issue is that the underlying Greek word, diathēkēs, is ambiguous, or has more than one meaning.  It can mean a will or an arrangement of some sort, or it can mean a covenant.   In English, we don’t have a word that is ambiguous in this way; one that will capture all the different meanings of the Greek word.

In these situations, the translators have to make a choice.  Should they translate in a way that shows that the author of Hebrews uses the same word four times in three verses, as the NASB does?  Or should they trade-off the repetition of a word to capture the way different meanings of the word seem to be used, like the ESV?  Which approach is better? I appreciate the NASB’s desire to show the use of repetition because it helps us understand the focus of the passage. However, I think the ESV gives the reader a better understanding of the illustration being used in this passage.  Read verse 16 in the NASB again.  Is it consistent with how we normally think of a covenant?  Is a covenant “only valid when men are dead” and “never in force when the one who made it lives”?  What about the covenants made throughout Scripture between God and men such as Noah, Abraham, or David?  Were they only valid when those men died?

This example, and any others I use from our English translations, are just to show the complexities that arise in Bible translation, not to undermine anyone’s trust in our English translations.  The good news is that Bible translators recognize that no two languages are the same and that there will be trade-offs when going from one to another.  That is why many Bibles include footnotes and/or study notes.  In the passage just discussed, the NASB does just this in order to show that a different sense could apply to verses 16 and 17.  So, as you read your Bible, ask the Spirit to give you understanding, compare various translations, pay attention to the footnotes, and thank God for the seemingly endless resources available in the English language.

If you made it to the end of the post without falling asleep, congratulations! Next time I’ll look at an example of referential ambiguity in 2 Corinthians 5.

Excellent examples of this scripture. You brought out the true essence of what it means and I enjoyed the insights you shared. Look forward to next one. God bless your endeavors as you work on translation.

I hope you can smile with me as I recall how changing from school in California to Indiana many years ago I had trouble with understanding “zero” in Indiana from what had been taught in my former California classes as “ought”. If you, like I, spent early years in Kentucky, your local creek was pronounced like “crick”, You warshed your hands instead of washing them upon your transfer to Indiana. There are ever so many such examples wherever I have lived. One difference which plagues our nation now is the use of a preposition at the end of a sentence, for example, “Where are you at?”. It makes me, as one of the older generation cringe for I recall teacher after teacher telling the classes we attended to never make such a mistake. Now it is a common use of the whole new generation. I bet you have caught on to some of Texas’s lingo as well.
I pass these little stories on to you to encourage you that it is tricky learning the new languages but as simple as my early training was, which can’t compare with your education, I made it through along with many others whose lives were changed by communication being altered by change of location.
I hang on to the promise that God never inspires us to accomplish anything that He does not provide the means and His personal direction. .
Hope we have the opportunity to say “Hi” when your get to Indy. Who knows how long we older citizens will be grounded even after younger people are permitted more freedom to move about. 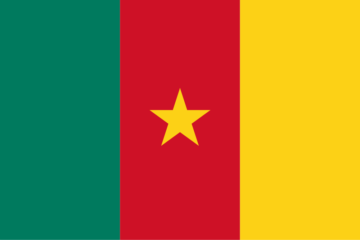 Our First Week in Cameroon

Welcome to our first blog post in almost two years! We’re excited to give you a glimpse of life in Cameroon through pictures, videos, and stories. Will will also give our kids the opportunity to Read more… 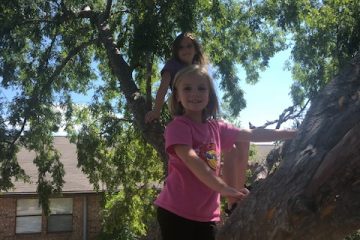 Hi, this is Hallie. I’m going to tell you about my life in Dallas and about my birthday. We live in a 5-plex with some other families. My favorite thing to do at our new Read more… 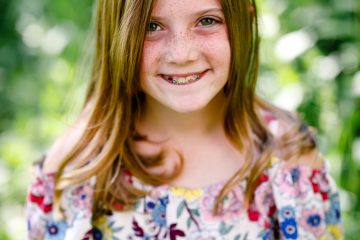 Hi, this is Ava and I’m going to tell you about the fun things I do in Dallas. We moved into our new house and the first thing I saw was the fun tree in Read more…